It started with a nearly never ending speed from a teacher. 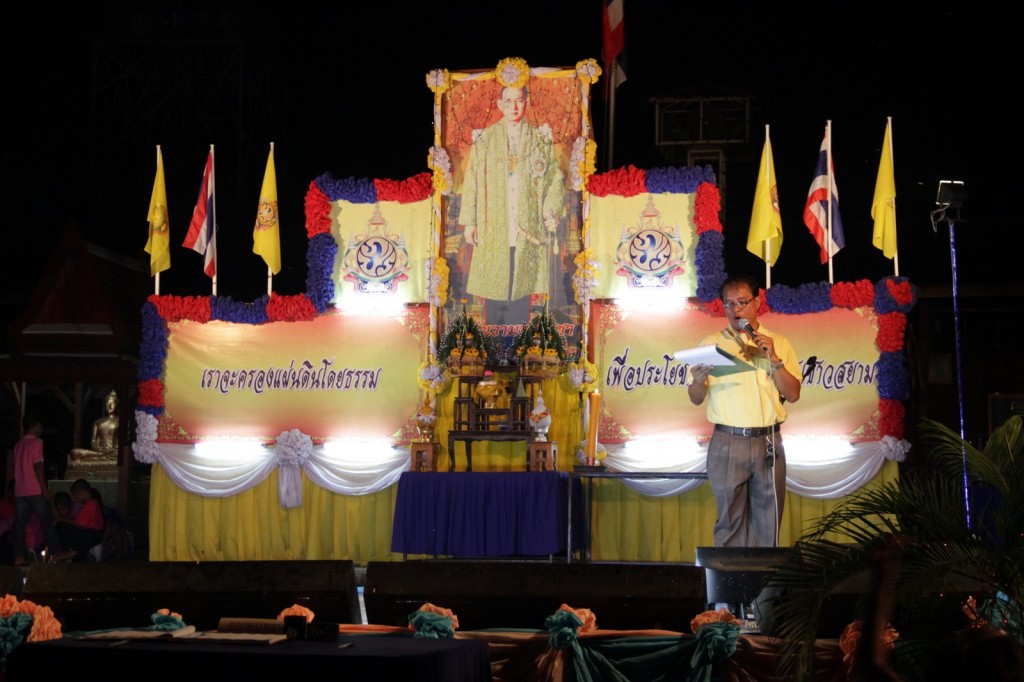 After the speech everybody lighted a small candle and sang a hymn with a triple “chayo” for the King and the country. Than the candles were put in prepared boxes filled with sand. 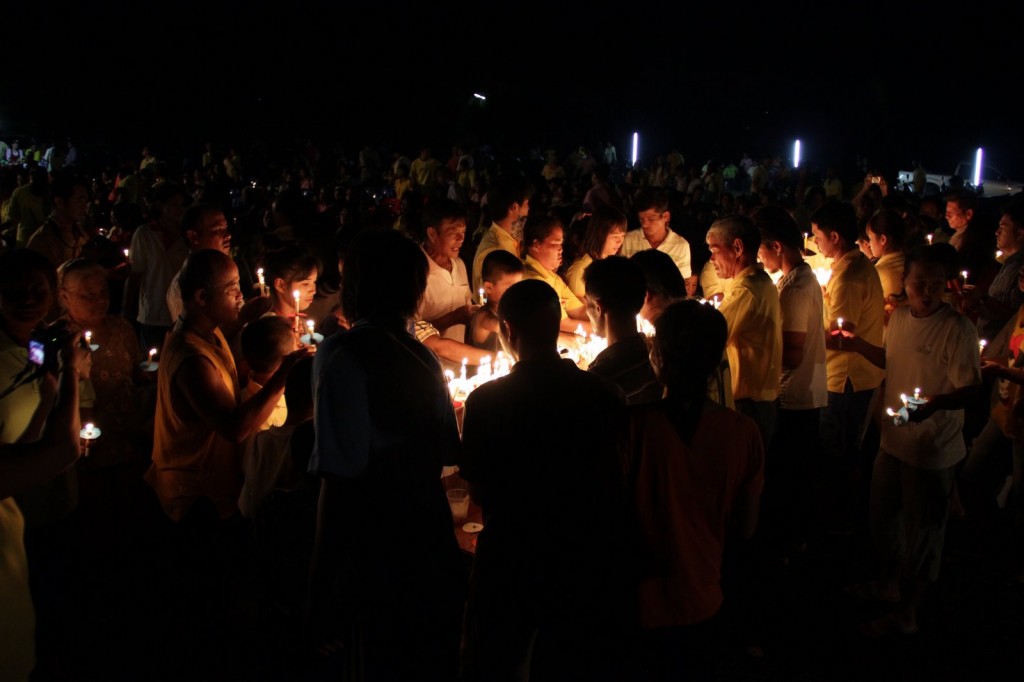 Than there was a performance with the students. 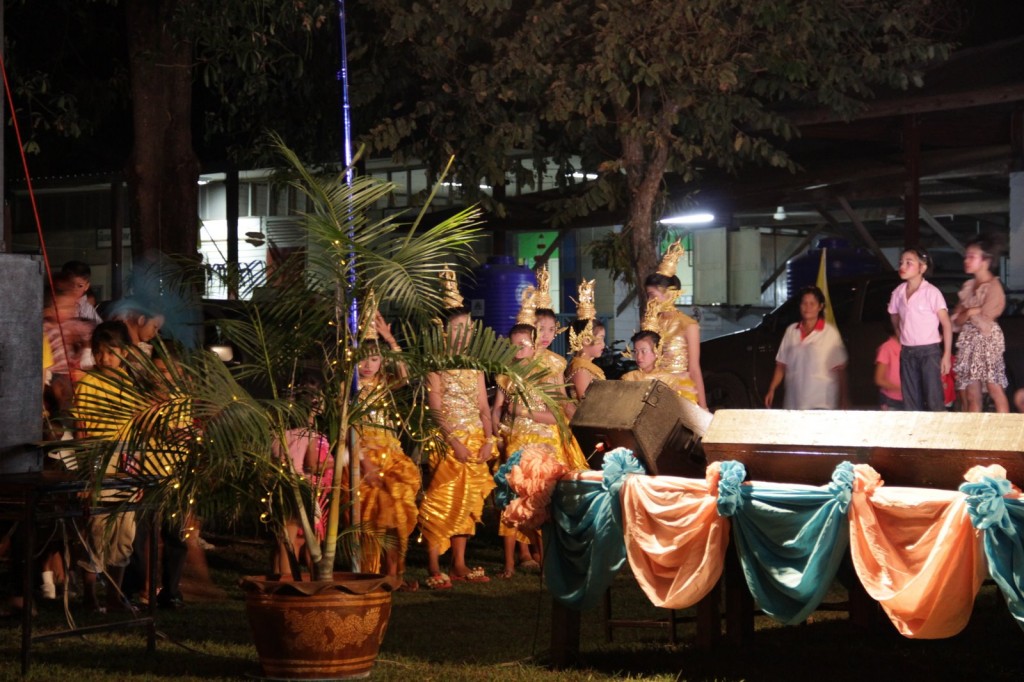 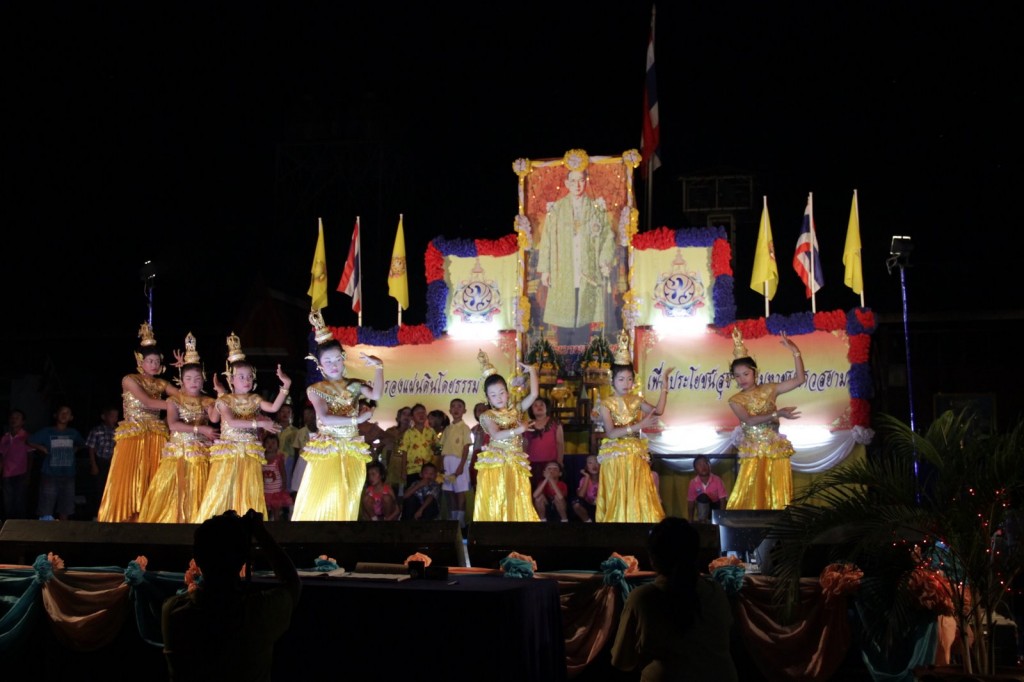 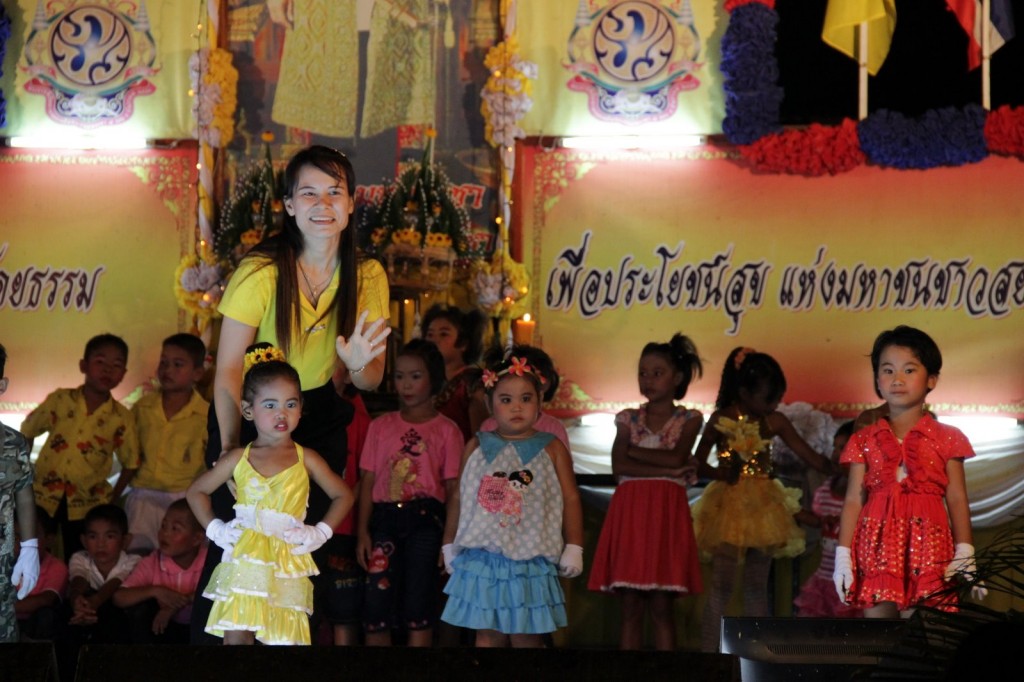 Performance with the children 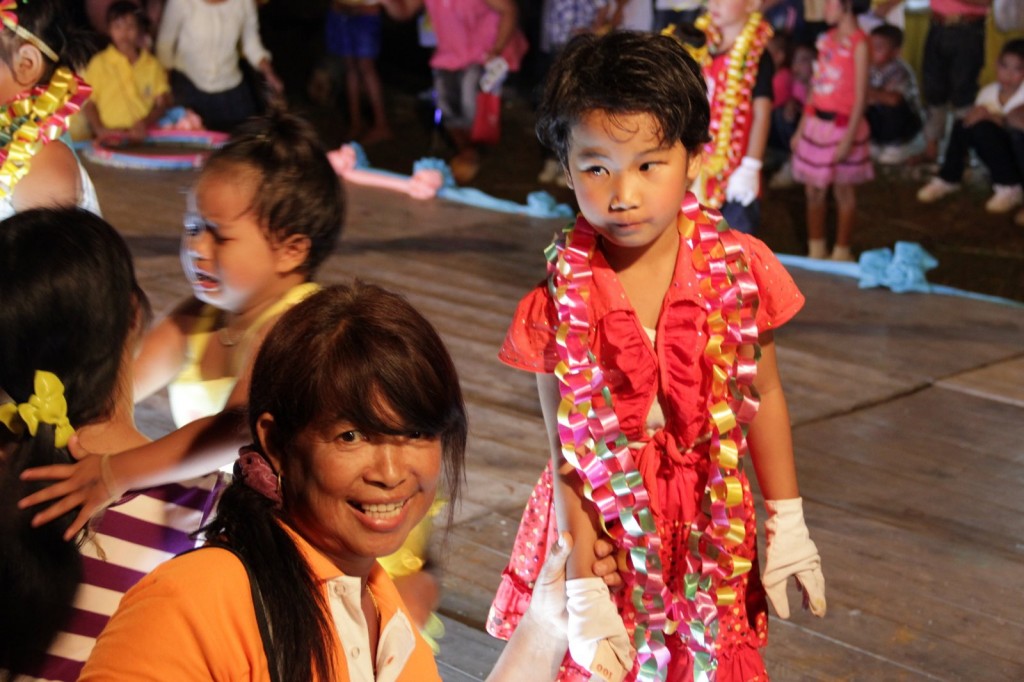 Aled with Tan, grandchild of my sister-in-law

This performance was called “Gangnam Style Heavy Duty”, really to the song from PSY: 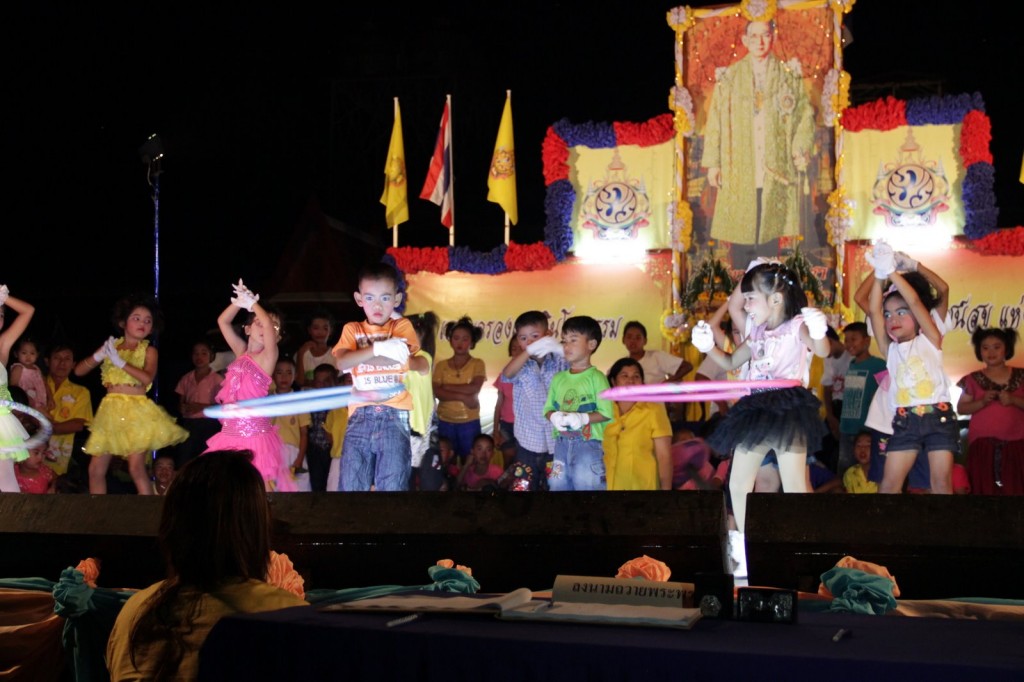