Yesterday I was on the Saturday flea market in Stuttgart again. I found some “waste glass”. Unfortunately it stuck on some “waste metal”. It is a Industar 3,5/50mm together with a Revueflex E. 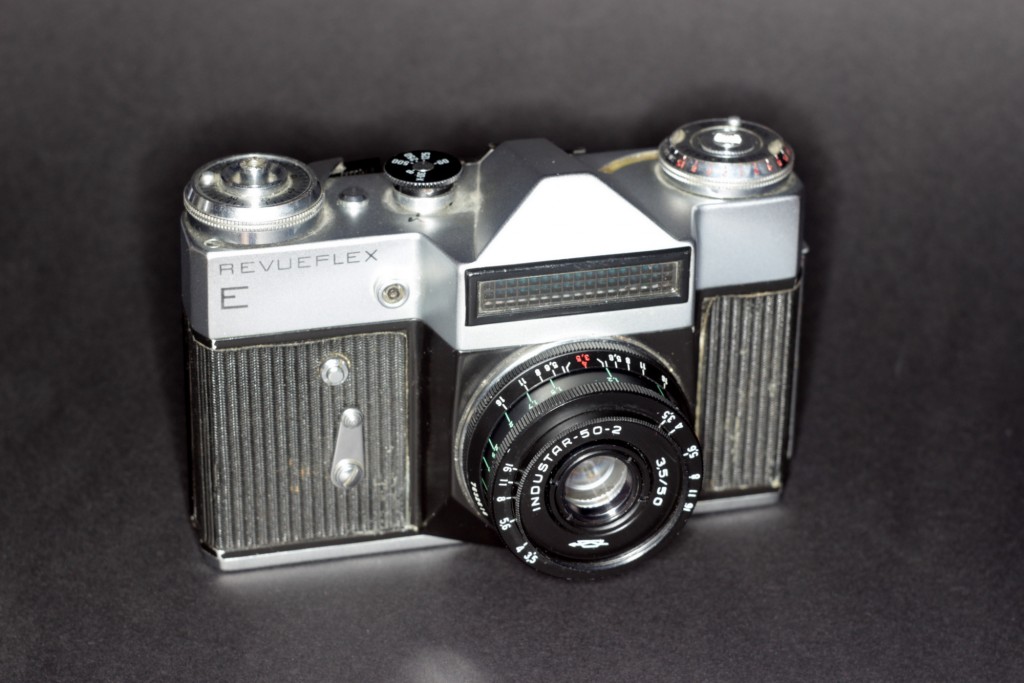 Unfortunately the .. Revueflex isn’t in a nice condition. The second courtain of the shutter lags. No longer usable for taking photos, but this also wasn’t the intention. Waste metal!. But the lens is a construct of four lenses in three groups, a variation of the well known Tessar – sometimes AKA as the Eagle’s Eye. While focussing the whole unit is screwed in or out. The aperture is adjusted by a ring at the front. Therefore you have to hold the focussing tight, otherwise it will disadjust – or you first set the aperture and then adjust the focus. Really a totally simple construct but with an astonishing imaging performance: At full opened aperture in the middle already crispy sharp, but a decent softness in the corners. At f 8 already much better.

At f 16 crispy sharp up into the corners, incredible simple but well performing lens. The colours render nice. And it is so small that you can carry it always with you. Today it might be called a “Pencace” 🙂 PS: Now the Revueflex is used as a toy for Juni 🙂