Recently at a flea market, which is almost every Saturday at the Karlsplatz in Stuttgart, I found this folding camera for a small money. 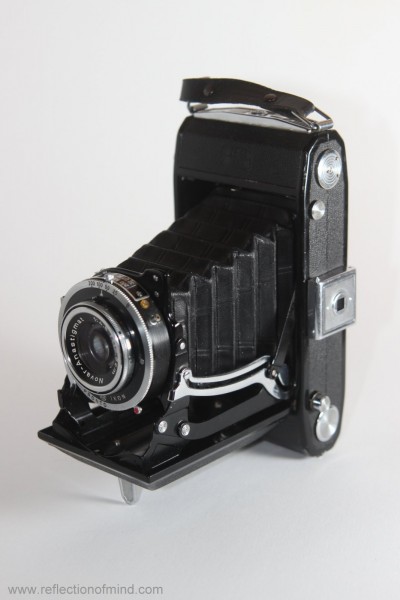 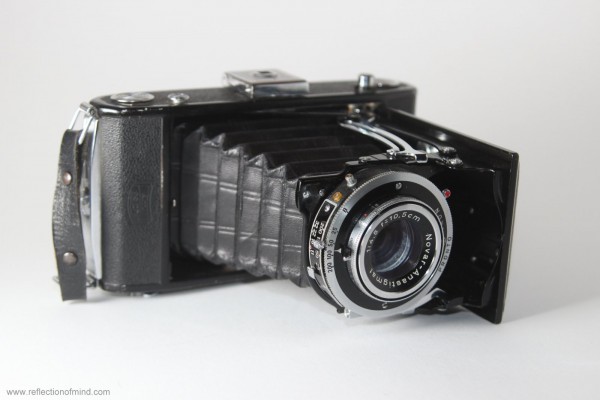 This Nettar 515/2 was build between 1945 and 1951. It was more a midrange model with jus a Cooke Triplet (three lenses in three groups) and a shutter speed from 1/25s to 1/200s. Zhe better models had a Tessar (four lenses in three groups) and shutter speeds from 1s to 1/200s. But anything just still seems to be working fine. I film was still inserted into the camera from which four frames already were exposed. The 120 roll film has 8 exposures at a 6×9 frame. On the way back to Sillenbuch I took the four remaining shots. The exposure “metering” was done by the “Sunny 16 Rule”. The next question was where to get that film developed. I just put it in an order envelope at our local drugstore discounter. The result: Three surprises and one disappointment.
1. Surprise. After nearly two weeks the status from my order envelope changed from “received” to “delivered”. Costs: 3.39 EUR. At the next day I picked it up. They really still develope 120 roll film.
2. Disappointment. As I already supposed the film was completely overaged. The fotos from my predecessor just wasn’t there any longer. just transparent film. The fist photo I shot was hardly to be recognized, the other three very pale without much contrast. It seems that the film at the inner side of the reel has still the best quality.
3. Surprise. The pictures can be presumably reconstructed.
4. The rendering performance of the Cooke Triplet is surprisingly good.

I was able to rescue three of the four slides. First scan with an Epson Perfection 1640SU and XSane running on Windows(!) into a 14 Bit TIFF and then “developement” with Raw Therapee. 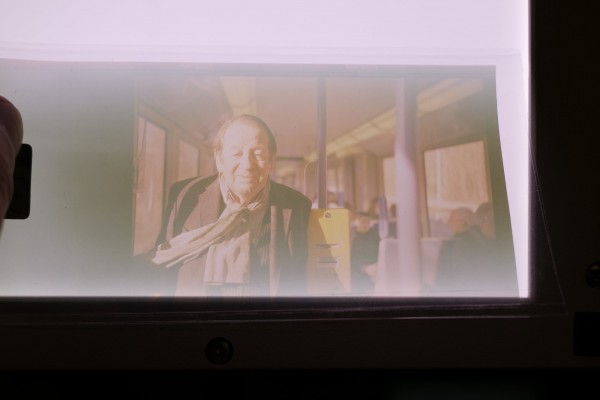 This is what the slides are looking like. What is normally a deep black is just a shallow greenish gray. The borders are pale. I don’t know what has happened to the film, maybe infrared radiation or some radioactivity? 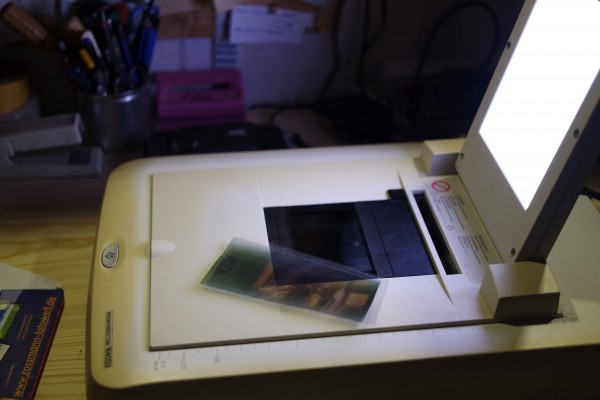 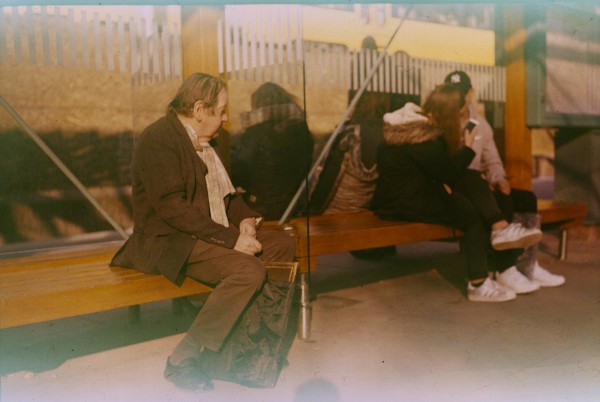 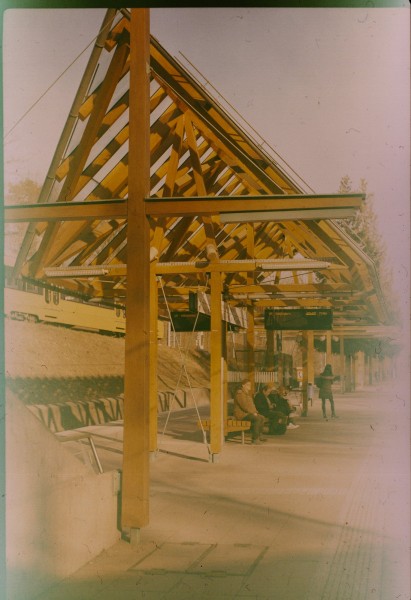 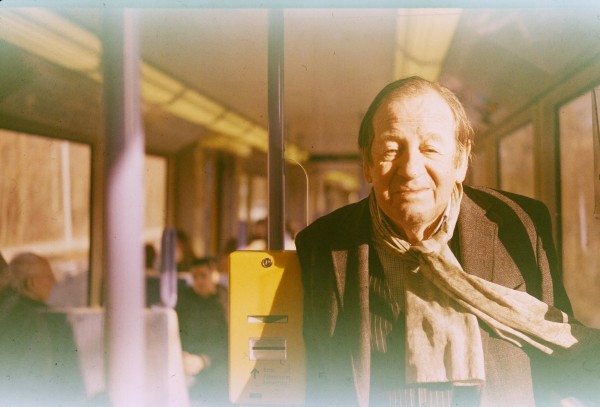 I didn’t work on the first two photos any further because I think the scenes are pretty trivial. But the third photo fascinates me. At first I removed the dust and hairs with GIMP and tried to restore the borders as goog as possible: 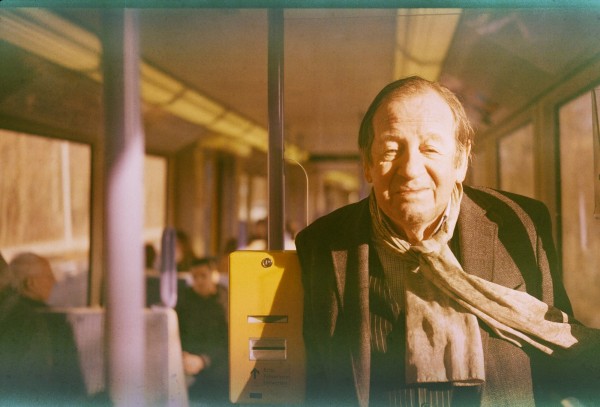 It’s nearly unbelievable how much you can still get out of this ruined film. Finally I decided to convert the photo to black and white, mirror it, crop it a little and to add a slight vignette. 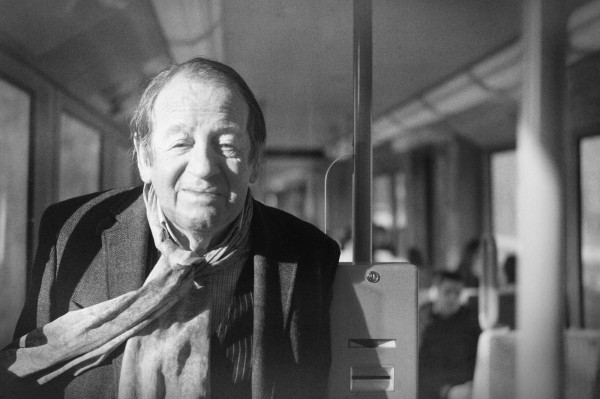 I think, I’ll frame this picture and put it on my wall. 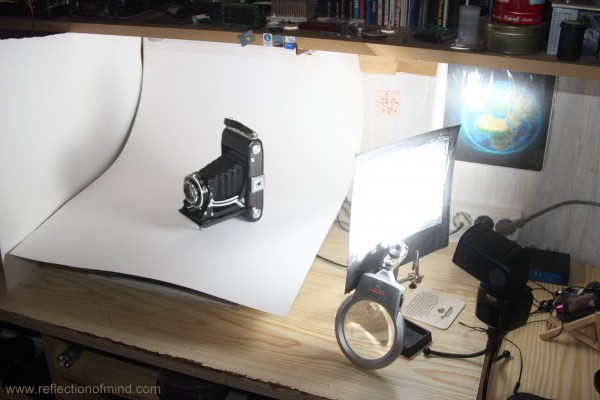 PS: This is how I took the pictures of the Nettar.